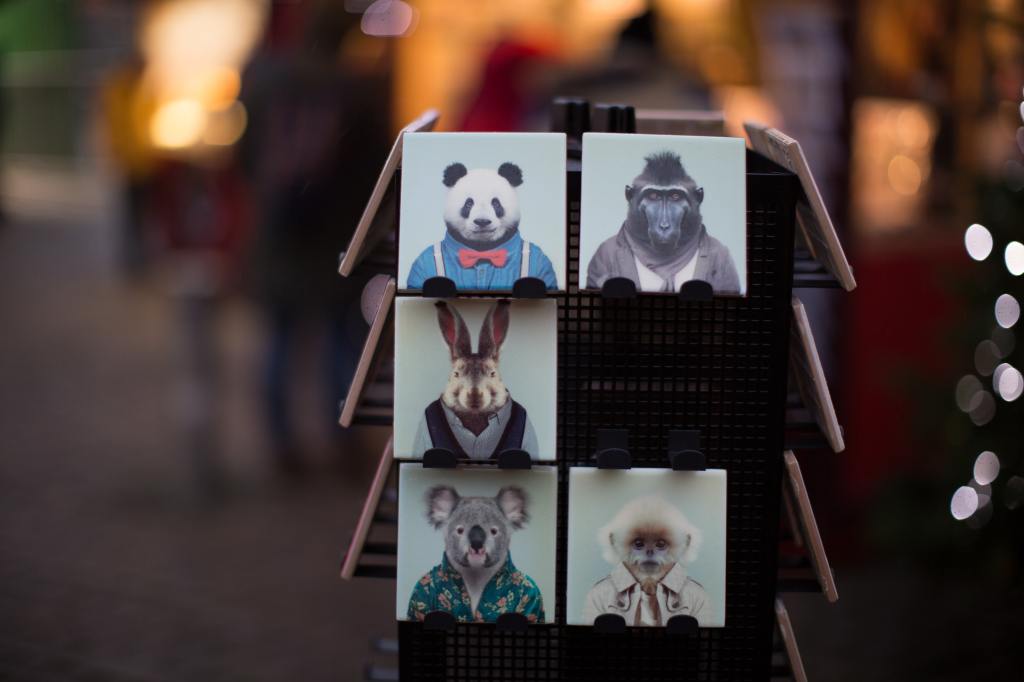 We humans have a deep relationship with time, shaping our beliefs of what makes us human. We tend to believe that our past determines who we are and how we behave, both now and in the future. Indeed we see talk about memory, childhood and past learning as so integral to the way we see ourselves as human, that I argue we are much less likely to consider that neither the present moment nor our anticipation of the future are as important in how we think of ourselves.

The tricky thing about our collective beliefs is they can be hard to see but perhaps we are starting to be more conscious of the way time runs through our understanding of ourselves in the way we are starting to vividly see that climate change operates. It is widely acknowledged that the dramatic changes we observe today and might expect from the future were set in motion by human behaviour in the 1970s. With this crystallisation of our relationship with time that perhaps we can start to see more clearly the way that we understand ourselves temporally.

As we begin to see our collective beliefs about ourselves more clearly, then are we at a point where we can start to rethink the way in which time is so tangled up with who we are?

How did we get here?

One of the major temporal explanations for human behaviour, that had huge influence on the way we see ourselves, is that of Behaviourism.  Implicit to the discipline was a rejection of anything other than past learning as a viable predictor of behaviour. It was assumed that we could be entirely explained through an understanding of past stimulus and responses.

Ultimately, Behaviourism lost much of its credibility, as a result of its inability to replicate animal-based results with human participants. Where rats and pigeons would act according to behaviourist’s predicted behaviour, after conditioned priming, human participants often failed to follow the Behaviourists’ expectations.

While the association with cognitive science may not be immediately obvious, we can see the linkage in the way automaticity offers continuities with the ‘past paradigm’ of behaviourism. Our past experiences, if repeated often enough, become routine, and we then develop automatic responses, ‘non-consciously’ informing our present decisions.  In other words, ‘past-oriented’ theories of human behaviour are integral to much psychology theory.

The pinnacle of ‘past theories’ to explain human behaviour is perhaps evolutionary psychology. While many people, when asked, may not consider they refer to evolutionary explanations of human behaviour, the common use of terms such as ‘nesting instinct’, ‘pecking order’ and ‘alpha male’ suggest it remains a significant influence in the way we seek to understand ourselves.

Indeed, there are many who argue there is no difference between humans and other species – what we do is purely the result of the way our DNA has evolved; John Gray had this in mind when he wrote in his book ‘Straw Dogs:  “human life has not more meaning than the life of slime.”

Our past lives and evolution clearly do influence who we are. And yet we do seem to have a capacity to be more than merely the result of our evolutionary pasts, whether from within our own lives or from centuries ago. The challenge is how do we allow both past explanations of behaviour to be true alongside a recognition that our actions in the moment are also important? We surely need to be able to do this with reference to evolution if we are to unpick this more broadly.

We can first turn to philosopher Raymond Tallis, who can help us by making a distinction between our biological and cultural roots:

“The truth of Darwinism is to see how we are natural in our origins; the error of Darwinitis is to imagine that we are defined by our origins; in short to confuse our biological roots with our cultural roots.”

Take warm-glow theory, a term economist James Andreoni used to suggest that motives for giving are inherently self-interested.  We give money to feel the ‘glow’ that results.   A variety of studies report pro-social behaviour results in an increase in activity in reward-related brain areas (ventral striatum and the orbitofrontal cortex) which are correlated with feeling good.  So, the evolutionary argument would suggest that propagation of our genes, or at least an increase in personal ‘reward’ is why we perform altruistic acts and that true altruism does not exist.

But can it really be this simple?  An incident I remember from my youth was the tragic capsizing of the ferry, “Herald of Free Enterprise”.  The ferry had set off from the Dutch port of Zeebrugge for Dover with its bow doors left open.  193 people died, many of them drowning in the freezing waters.  People struggled to save their own lives but also, importantly, the lives of others.  There were many examples of human bravery such as a passenger on board called Andrew Parker who laid his body across a damaged walkway to form a human bridge.  This action allowed 20 people to walk to safety, saving their lives. He was awarded the George Medal for his bravery.

With this in mind, can it be possible to hold the notion of warm glow as true (reflecting our biological roots) while at the same time accepting that acts of bravery reflect a motivation for altruism (reflecting our cultural roots)?

The answer perhaps lies in where we locate the operation of evolution.  During the mid-twentieth century, evolution was considered to operate at the level of the individual, but even this was soon to move to an even more reductionist position with people such as Richard Dawkins maintaining that selection operates at the level of genes. The individual is merely the embodiment of thousands of selfish genes, each trying to self-perpetuate.

However, many philosophers such as Mary Midgely have argued that Darwin’s work has not been fully represented and that he did not take such an individualist position.  Instead, Midgely argues, Darwin considered we are not only a sociable species but are naturally more cooperative, affectionate and interdependent – than any of our animal relatives.

Midgely cites Darwin as making the case our social instincts are so crucial to our lives that they must have been developed through group selection: by the survival of coherent, friendly groups over less interactive groups. It is that this group level that our motives are located and which shape the complexity of our lives. The idea of deriving all our behaviours from the notion of individual self-interest, is (said Darwin) radically mistaken.

We can see this operate even at the level of bacteria.  Pseudomonas fluorescens bacteria can quickly take all the dissolved oxygen out of a liquid habitat, leaving a thin layer in which they can inhabit near the surface. But some bacteria secrete a polymer that allows individual bacteria to form floating mats. With this mat, all the bacteria survive, even though the vast majority spend no energy producing the polymer. If the freeloaders get greedy and reproduce too much, the mat sinks and everybody dies, altruists and freeloaders alike.  Among these bacteria, groups that preserve enough altruists to float, win over the groups that do not have a minimum number of altruists to create the mat. The former groups survive, grow and split up into daughter groups. With this example, we can see how altruistic individuals can prosper, despite the disadvantage of expending precious resources to produce the polymer.

What does this mean for how we think about human behaviour?

Perhaps we can think about evolution not as something that we can use to classify individual behaviours but rather as something that has delivered an emotional constitution, a broad human context which shapes our lives as a whole.   Our endless individual acts cannot be accounted for in specific terms by evolution; instead what affects survival is the way we have evolved as social, communal beings.

Midgely pointed out that Darwin considered that the immediate point of human behaviour must lie in its meaning for the people involved:

“This subjective aspect is its central function. These are things that are done for their own sake because they fulfil our nature. To understand them, we need to look at the distinctive part they each play in real life, not at speculations about how they might possibly have prevented some distant ancestor from dying.”

Of course, the reality behind them is always an evolutionary function, but this does not mean that we are all ‘objects’ blindly obeying these laws while self-rationalising like crazy that they have some meaning.

In this context, the principle of altruism is entirely possible.  We can see how the subjective reality of human behaviour (our cultural roots meaning that our decisions in the moment) can comfortably sit alongside evolutionary explanations (our biological roots meaning the way we are shaped by the past).

The point is that to understand human behaviour it seems we need to hold a number of things true at once concerning our relationship with time. We are shaped by our past, there is a huge body of work that support this. But that is not the only explanation for our behaviour. We also have agency which means we operate in the present and in anticipation of the future; we are not merely the result of our past.

A compelling alternative account to the ‘past oriented’ traditions in psychology is “teleology,” meaning explanation of our behaviour in light of future goals that we are seeking.  This suggests that our behaviour is also enacted for a purpose, not purely as a result of historic causality.

Martin Seligman is one of the leading proponents of a ‘prospective’ orientation to understand human behaviour.  He considers that we construct an evaluative landscape of possible acts and outcomes which is used to guide our behaviour. The evaluation of the future clearly leverages our learning and memory of past experience but “an organism’s ability to improve its chances for survival and reproduction lies in the future, not the past.”

This is also reflected by Magda Osman when she points out:

“..humans aren’t simply automata carrying out plans of actions in response to external stimuli, based on biological and neurological mechanisms. Humans are pro-active, not just reactive to the world around them.”

These psychologists surely represent a welcome rebalancing of temporal explanations of behaviour. It allows us to see the way in which the past, our actions in the present and anticipation of the future give us a more rounded view of ourselves.

All of this surely suggests that we need to be mindful of our relationship with time as a way of defining ourselves. As mentioned, the salience of climate change means that we can see more clearly the way we conceptualise the impacts of the past on our present and futures.

But equally, we are seeing other patterns which start to question inevitability of the pasts on our futures. For example, algorithms which now influence so much of our lives are trained on past human behaviour. With onset of COVID technologists discovered that as normal has changed, some applications of the technology are no longer working as they should.

And while the impact of COVID on our lives has highlighted a long history of injustices in the way marginalised groups have been treated, the resulting mass movement of Black Lives Matters is refusing to accept the inevitability of the way the past for determining the future. In a similar way, Greta Thunberg has inspired millions to call for change in climate related behaviours, again, suggested that we are not merely the product of our past and that we can, with sufficient will, act to deliver a different future.